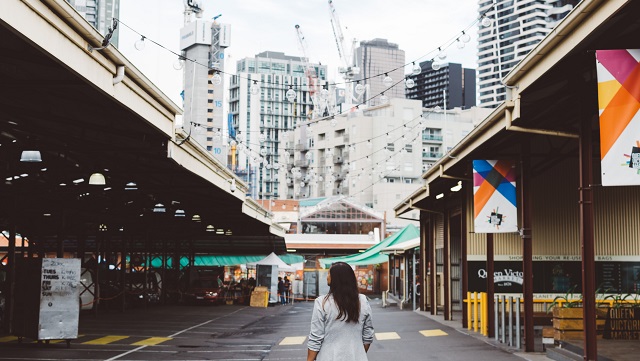 Restaurants and most retail stores in metropolitan Melbourne will remain shut until at least October 26, according to a roadmap that Victorian Premier Daniel Andrews revealed on Sunday afternoon.

The government’s plan to ease restrictions has disappointed industry groups who were hoping for a faster return to ‘Covid normal’.

The Australian Retailers Association said the slow reopening was a “devastating blow” and AI Group called it a “document of despair”. But Andrews said the slow pace was necessary.

“If we go too far too soon, the modelling also tells us we’d be on track for a third wave by mid-November,” he said.

According to the roadmap, metropolitan Melbourne will take four steps to return to Covid normal, and regional Victoria will take three.

The steps are currently scheduled to occur on certain dates, but are also dependent on the case count being below a certain threshold and public health advice.

Melbourne is set to take the first step on September 13 and the second step on September 28. These steps mostly affect when and why people can leave their homes, and there are no changes to the restrictions retailers currently face in Stage 4.

Most retail stores will remain shut under Steps 1 and 2, except for those permitted to operate in Stage 4, and contactless click and collect will continue to be allowed.

The big changes for retail won’t occur until Melbourne takes the third step, which is currently set to occur on October 26, subject to there being an average of five daily cases statewide in the prior 14-day period, and less than five of unknown transmissions during that time. No date has been given for regional Victoria.

In Step 3, people will no longer be restricted from leaving their homes and will be able to gather in groups of up to 10 outdoors and five indoors.

At this point, retailers that were forced to close to the public during Stage 4 will be able to open with density quotients and cleaning requirements.

Retail-related industries, such as wholesale trade and warehousing, postal distribution centres and supermarkets and food distributions will be able to operate without any restrictions as long as they have a CovidSafe plan in place.

However, employees must continue to work from home or at a single site where reasonably practical.

The last step is set to occur statewide on November 23, dependent on there being no new cases statewide for 14 days. This will see the return of indoor dining with a patron cap per space and the reopening of beauty services. Larger limits on indoor and outdoor public gatherings will also take effect.

When trigger points are met across the state and there are no outbreaks of concern in other states or territories, Victoria will move into the Covid normal stage. A this point, there will no longer be any restrictions on gatherings, visitors, hospitality or sport.

Andrews said on Sunday that he hopes to be at this point by the end of the year.

“Shopping is one of the safest activities”

ARA CEO Paul Zahra criticised the decision to keep most retail stores in Melbourne closed until October 26, calling it a death sentence.

“Melbourne retailers will have been subject to lockdown for 13 weeks at that point – and some hair and beauty salons have been closed for 5 months, which is unprecedented,” he said.

“Without further financial support, this will certainly permanently wipe out a large number of small businesses and see the closure of many Victorian stores by national retailers.”

Zahra said the single-digit case count threshold that must be met before retail can reopen is unrealistic and unnecessary, as the rhetoric around the world has shifted to “living with” Covid-19.

“NSW has remained open and on track with double digit performance of around 10 – 18 daily cases during much of August,” he said.

He also highlighted the effectiveness of the safety protocols that supermarkets and other permitted retailers have put in place and called shopping “one of the safest activities in a Covid world” if precautions are taken.

“In Australia, we have very little evidence of transmissions occurring during retail based activity and our retailers have worked extremely hard and spared no expense to create that outcome,” he said.

On top of this, many retailers make the majority of their profits in the peak period between September and January, so the delayed reopening will have a devastating impact on many businesses.

“There is also a safety concern around compressing this activity into a very short number of weeks ahead of Christmas.  It would make more sense to have started the staged reopening earlier,” Zahra said.