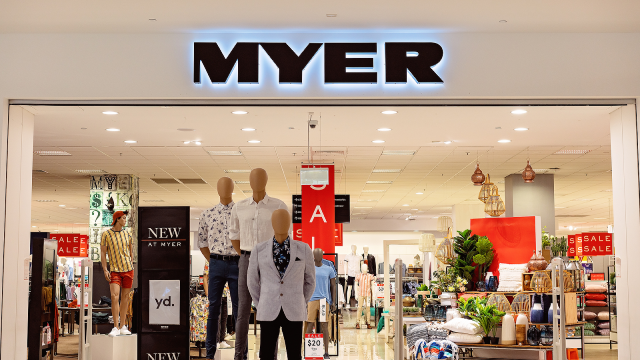 Australians are now able to buy items on Amazon and have them sent to their nearest Myer store for collection, thanks to a partnership between the two companies that starts today.

According to Myer’s chief customer officer, Geoff Ikin, the partnership will create a more “convenient and centralised” retail experience. But while it is sure to bring more customers to Myer stores, retail experts question whether it will lead to increased sales for the department store retailer.

If history is anything to go by, it won’t.

Amazon’s partnership with Myer is similar to the e-commerce giant’s deal with US department store chain Kohl’s, which allows Kohl’s customers to return items to Amazon free-of-charge at all 1150 Kohl’s stores across 48 states.

The program was expanded last year after a two-year trial that also saw Kohl’s stocking Amazon smart speakers and other products across its stores.

And it did bring more customers to the stores, with foot traffic surging 24 per cent in the three weeks following rollout, according to The Motley Fool.

But it hasn’t done much to boost Kohl’s sales, which were down 23 per cent over the most recent quarter and – taking Covid-19 out of the equation – were down 1.3 per cent for FY19.

Instead, customers used it as a way to drop off items they wanted to return without going through the rigmarole of packing and shipping it themselves – something Kohl’s offered to tempt people in-store.

Knowing all this, the question becomes: is Myer better placed to convert visitors into shoppers than Kohl’s was? According to a number of retail experts who spoke to Inside Retail, the answer is likely no.

Nathan Bush, the founder of e-commerce strategy firm 12High, questioned how convenient the deal really is for customers.

“Secondly, Myer stores typically have multiple entrances, levels and counters, so unless Myer is going to plaster their stores with Amazon pickup directional signage or place the pickup right at the front of their store, I don’t think customer will gravitate to it for the convenience.”

Professor Gary Mortimer, of Queensland University of Technology, agreed with this sentiment, asking how it is more convenient to “drive, park and navigate a shopping centre” compared with having something delivered to your door.

Swinburne University associate professor Jason Pallant told Inside Retail the deal was intriguing, but that customers aren’t as likely to impulse buy goods from department stores as they are from other types of retailers.

“On one hand, it’s good to see our department stores trying to evolve, as they have been struggling for some time,” Pallant said.

“However, if we think about customer behaviour it’s unclear if and how this will benefit Myer to a great degree. If a consumer is already on Amazon and sees their  massive range, what is the compelling reason to then go into Myer when picking up their Amazon order?”

It’s possible that the partnership could be the beginning of something bigger, however. Kohl’s is rumoured to be allowing an Amazon-branded grocery section in one of its stores, according to a report in the Milwaukee Business Journal.

There’s no guarantee that this is something on the cards for Myer, or even the Australian market in general, but Bush said he hopes this deal is the first step toward Myer leveraging its premium brand to provide a new experience for its customers – something David Jones is also trialing with the expansion of its David Jones Food offer.