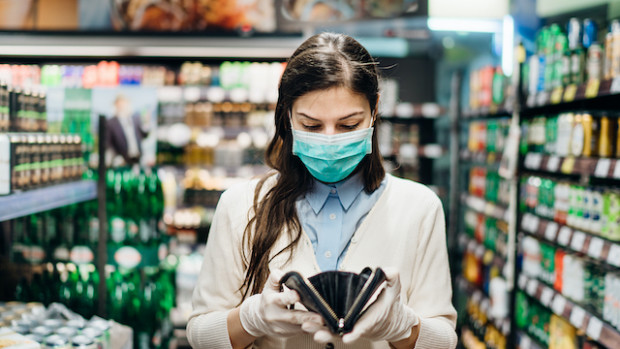 Australian retailers have a tough road ahead navigating a volatile landscape but a rise in retail sales in June and July brings positive momentum that is set to continue in the September quarter, a Deloitte report suggests.

According to Deloitte Access Economics’ Q3 Retail Forecast, retail sales were well up in the months of June and July, compared to a year earlier, and retail volumes are expected to bounce back by 5.4 per cent in the next three months.

“Retail spending has fallen at the fastest rate in nearly 20 years as Covid-19 cast a cloud over the consumer landscape. Yet it pales in comparison to the collapse in total consumer spending experienced over the quarter,” Rumbens said.

Retail volumes fell just 3.4 per cent over the June quarter, compared to a 12.1-per-cent dive in household spending volumes.

Supermarkets, liquor stores, hardware and household goods were the big winners in retail, and have already exceeded December’s pre-Covid spending levels. However, other areas of retail will take longer to recover, namely department stores, catered food and apparel.

Rumbens said there is an enormous gulf in retail performance by sector.

“Restrictions have sent cafes, restaurants and catering services into a tailspin, with spending remaining over 20 per cent lower than pre-Covid levels in the month of July,” he said.

“Meanwhile, with more people at home more of the time, spending on recreational goods, alcohol, electrical and electronic goods, and hardware, building and garden supplies have surged, with all posting more than 30 per cent gains in the month of July compared to pre-Covid levels.”

The second wave of Covid-19 in Victoria, and resulting stage 4 restrictions, has also hindered recovery with the state falling back into a spending slump, while retailers in Queensland and Western Australia are benefiting from the easing of restrictions.

While the employment crisis hurt incomes and confidence, financial supports such as JobKeeper boosted disposable income. However most have been reluctant to part with the cash over fears of more turbulence ahead.

“The level of cash washing through the economy from fiscal stimulus is also unprecedented. Employee earnings might have dropped over the quarter, but household disposable income actually rose 2.2 per cent,” Rumbens said.

“Unfortunately, we weren’t willing to go out and spend this extra cash, with the savings rate skyrocketing to 19.8 per cent as households prepare for what they expect to be further difficult and uncertain times ahead.”