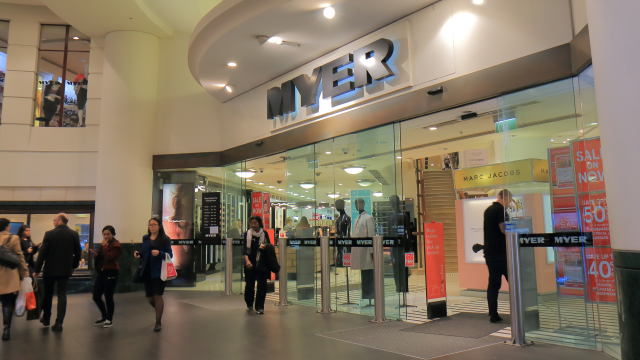 Impacted by the large-scale avoidance of in-person shopping, particularly in CBD areas around the country, Myer has a net loss of $13.4 million for FY20, compared to the $33.2 million profit of last year.

And when a number of one-off impairments are added to its balance sheet, such as $95.9 million worth of impairments to brand names and lease right-of-use assets of $37.1 million, statutory net loss landed at $172.4 million.

All stores were closed for the majority of April and May, and approximately 10,000 team members were out of work, for whom Myer has recieved $93 million in Jobkeeper – $41 million of which went to team members who earned under the required threshold.

And while many stores have now reopened CBD sales have fallen 44 per cent (or 33 per cent excluding Victoria), according to Myer, impacting some of the business’ most expensive-to-run stores.

It wasn’t all negative, however, with Myer’s online channel pivoting early in the piece and seeing growth of 98.8 per cent in the second half – with sales in beauty up 218 per cent, and homewares 117 per cent.

“The 2020 financial year has certainly been like no other,” Myer chief executive officer John King said, “however, I believe the work we’ve undertaken in the past three years to deleverage and derisk the business has been essential in strengthening the foundations that supported us through this crisis.”

Myer’s efforts to partner with outside businesses, such as its multi-year agreement with Australia Post to provide warehousing and online fulfillment services to help foster its rapid online growth, and the recent announcement of Amazon Hub – a network of parcel pickup points within 21 Myer stores nationwide – puts it in a strong position for the future, said King.

And the business’ Customer First Plan, which has been underway since King took the department stores leadership in 2018, is still the “right plan” for the business but has had to be adapted to the current environment.

While the plan has always been anchored by six priorities, two of these are being accelerated in order to better serve a customer King expects will spend more time working from home and being more comfortable moving further from central business districts – its focus on e-commerce, and its factory to consumer efforts.

Additionally, “in-store experiences are being adapted, merchandise is being refocused, property is being rationalised and overheads further reduced”.