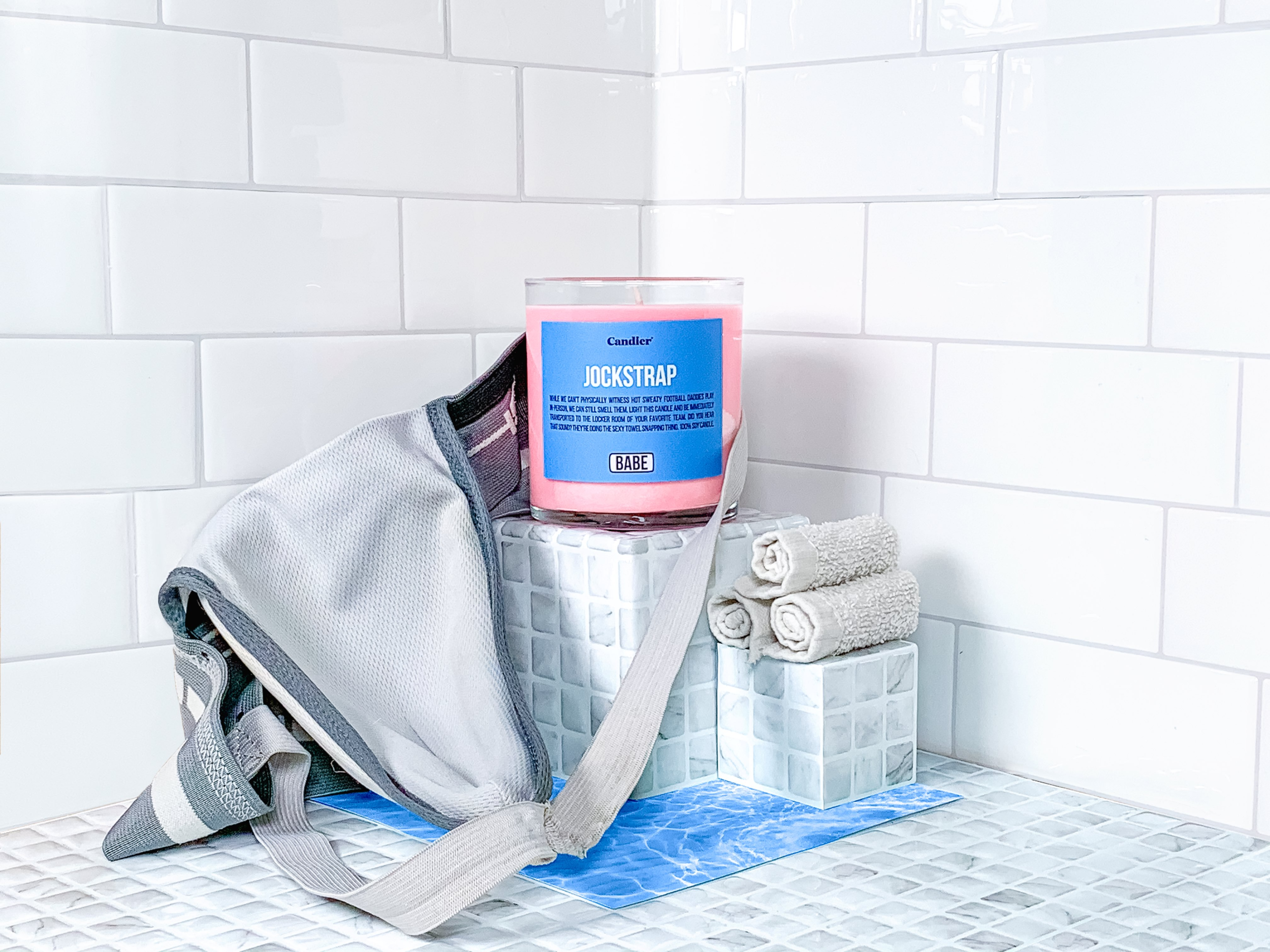 It’s been another weird week in retail. Babe Wines created football-themed candles just in time for kickoff, Franzia released drinkware to make it easier than ever to take its boxed wine on the go and Martha Stewart launched into a new product category.

While the NFL season officially kicked off last night, this season will look a little different to say the least. Attendance policies vary by team, but most are either not allowing fans into the stadium or are significantly reducing the number permitted in.

But don’t fret: Babe Wine teamed up with Ryan Porter to create a collection of candles sure to transport fans from their couches to the stands.

“As football season kicks off without fans in the stands, we saw an opportunity to enhance the at-home game day experience through some pretty unique scents that’ll make you feel like you’re really there,” Chelsea Phillips, general manager at Babe Wine, said in a statement.

The collection features three game day-inspired scents: Hashtag Field Goals, which has notes of turf; Jockstrap, which as the name suggests, is inspired by that oh-so-lovely locker room smell; and $18 Nachos, which the company suggests burning when “you’re overcome with fomo for live sports and processed cheese.” Not your typical Yankee Candle fragrances.

Each candle costs $29 and is available on the brand’s website. But for those who want the full-fan experience, Babe created a bundle of all three scents for $69.

And though it may seem atypical for a wine brand to create sports-inspired candles, it already planted roots within the National Football League. Last year after being acquired by AB InBev, Babe Wine was named the NFL’s official wine sponsor.

Hey, we know it’s not the real experience, but if there were ever a substitute, this is as good as any.

While we’re on the topic of wine and absurdities, Franzia — the wine we all know and love (OK, maybe not love) — released a new merchandise line. Because at this point in 2020, there’s absolutely no shame in showcasing where your true priorities lie.

Products include red “I Heart Box Wine” party cups, “Best Franz” paired necklaces, box(er) shorts and, best of all, a backpack designed to hold a 5L box of wine with an opening for the pour spout (!!).

“There is a special kind of friendship formed around a box of Franzia that turns friends into ‘Franz,'” Jeff Dubiel, chief marketing officer at Franzia parent company The Wine Group, said in a statement. “With our line of merchandise, we are giving our biggest ‘Franz’ fun new options for sharing how they are Franzia ‘Franz for Life.'”

With the Franzia wine holding backpack, you finally have a reason to “go outside” and “enjoy nature” — something your quarantine crew has been asking of you for months.

The merchandise drop coincides with the addition of four new varieties to the Franzia family: Sauvignon Blanc and Bold & Jammy Cabernet in 5L boxes and Moscato and Cabernet Sauvignon in 500mL boxes.

So go ahead and strap on that box o’ cheap wine and head off on your next adventure, even if that adventure includes binging another season of your favorite show from the comfort of your couch.

Martha Stewart has made headlines a few times this summer from premiering in her new HGTV show “Martha Knows Best” and breaking the internet with her seemingly ageless Instagram selfie.

Well the lifestyle queen is back at it again this week with her launch into a new category: CBD.

In partnership with Canopy Growth Corporation, Martha’s new line is inspired by some of her most popular recipes with flavors like citrus medley and berry medley.

“I set out to create the most delicious CBD products on the market, drawing inspiration from some of my favorite recipes and flavor profiles from my greenhouse and gardens,” Martha Stewart said in a statement. “My wellness gummies closely resemble the French confections, pâte de fruits, rather than the sticky, overly sweet versions you might find elsewhere.”

Martha is moving into a market that has been saturated with competition in recent years. CBD is entering the food and beverage market at an “astounding pace,” according to a Rabobank report. And for good reason. A BDS Analytics and Arcview Market Research report found that the U.S. CBD market is projected to reach some $20 billion in sales by 2024.

While the substance has yet to receive FDA approval, it hasn’t stopped brands from adding it to their lineups. The ingredient has made a big splash as it finds its way into everything from CBD-infused coffee and cocktails to gummies and potentially ice cream.

But if anyone can surprise fans and cut through the noise, we have our bets on Martha.