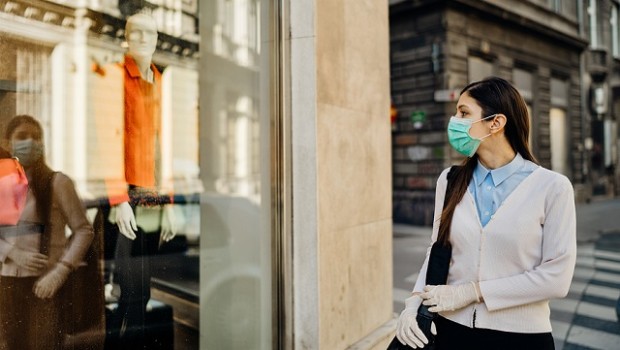 On Tuesday, two days after Victorian Premier Daniel Andrews revealed a roadmap to gradually ease coronavirus restrictions across the state, Philippa Kelly shot off a letter to the government, arguing that large-format retailers should be allowed to reopen sooner than other types of businesses.

As CEO of the Large Format Retail Association (LFRA), Kelly advocates for major national chains, such as Bunnings, JB Hi-Fi, Spotlight and Harvey Norman, and she felt the government had failed to grasp the difference between ‘big box’ retailers and smaller stores that primarily operate in shopping centres.

Because large-format stores are at least 500sqm in size and generally have their own entrance via open-air, on-grade carparks, the risk of coronavirus being transmitted at one of these stores is extremely low, Kelly wrote in her letter, which Inside Retail viewed.

By taking additional precautions, such as providing screens and hand sanitiser and switching to contactless transactions, large-format stores could operate safely, she argued.

Nearly one week later, Kelly still had not received a response to her letter. That’s not surprising, since the LFRA, which represents a sector responsible for nearly a quarter of all retail sales in Australia, wasn’t even consulted before the roadmap was released.

“I know people who were sitting at that table, I know what happened, or more to the point, what didn’t happen,” Kelly told Inside Retail.

“I understand the consultation wasn’t really very consultative. It was more of an information session about what they were going to do.”

“Retailers are facing seven weeks before regular retail can reopen in a restricted way – that’s six weeks longer than anticipated, with little warning.”

The ARA has been outspoken in its opposition to the government’s roadmap, which has extended the retail shutdown in Melbourne until at least October 26 and tied the reopening to reaching a target of five daily cases on average in the prior two-week period.

As Zahra pointed out, many retailers are already losing sales in the crucial pre-Christmas period, and any delay to the reopening would be disastrous.

“We predict that up to 50 per cent of small retailers could be wiped out, leaving many thousands of people unemployed,” he said.

Like Kelly, he also argued that retail stores don’t pose a big public health risk. According to a recent survey of ARA members, 93.4 percent of respondents have had no cases of Covid-19 transmissions in their stores or distribution centres.

Zahra believes the government could apply some simple measures on top of current social distancing and hygiene requirements to allow a safe reopening of retail sooner.

“We know the supermarket rule of one person per household shopping each day, and this could be applied more broadly to the industry to limit potential transmission,” he said.

On Monday afternoon, the ARA released its own reopening plan based on four key recommendations that Zahra said were shared with Andrews last week.

They include immediately lifting the workforce restrictions on warehouses and distribution centres to ease the strain on supply chains; reassessing the case count target to be in line with the double-digit case counts that New South Wales has been handling for much of August; bringing forward the reopening of retail stores by several weeks to allow a more even spread of retail activity prior to Christmas and relaxing trading hours after the reopening to allow for improved social distancing.

“We could reopen now”

Angus McDonald, CEO of Barbeques Galore, told Inside Retail that the current restrictions on warehouses and distribution centres have made it difficult to move goods in and out of Victoria and to keep stores in Melbourne open for contactless click-and-collect.

“While some retailers chose to close altogether, we decided to do contactless click-and-collect to keep as many of our 170 employees in Melbourne in work as possible,” he said.

“While we have seen an increase in online orders, it doesn’t make up for the impact of having to close stores.”

Over the weekend, the Victorian Government announced a further $3 billion of support for businesses affected by coronavirus restrictions in the form of cash grants, tax relief and cashflow support. But it’s largely geared towards small and medium businesses, and as a large national chain, Barbeques Galore doesn’t qualify. The retailer also doesn’t receive JobKeeper payments.

And while McDonald counts himself lucky to have stores trading well in other states and territories, he knows it’s not a long-term solution.

“The longer the restrictions continue, it increases the pressure on businesses,” he said.

“I believe we could safely reopen now with Covid Safe plans in place. We could do that in a way that minimises any risk to customers and staff.”

This story appears in the August 16, 2020, issue of Inside Retail Weekly.