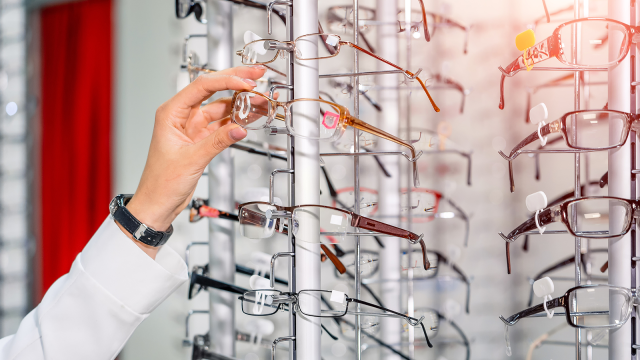 For every pair of glasses purchased from Oscar Wylee, the eyewear retailer led consumers to believe another pair would be donated to someone in need.

But when the popular glasses brand sold more than 67,000 pairs in 2017, not a single frame was donated to a charitable cause, the Federal Court was told on Tuesday.

The Australian Competition and Consumer Commission has been investigating the optometry retailer, which opened as an online store in 2012 and transitioned to include bricks and mortar in 2015.

The ACCC says the company made a “deliberate marketing choice” under banner headlines such as “I care for eyecare”, which were promoted through its own website, Facebook and Instagram pages, email letters and Youtube channels.

“This conduct of telling people that as soon as they buy a pair of glasses they’ll donate a pair to someone in need is brazen to say the least,” Justice Anna Katzmann said.

From January 2014 until December 2018, Oscar Wylee also claimed to be closely affiliated with Rose Charities in a mission to “build sustainable eye care programs in Cambodia”.

A Youtube video featuring co-founder Michael Lim made a similar misleading claim but has since been removed.

“Oscar Wylee Eyewear works with established partners in developing nations around the world who are committed to making the biggest impact possible,” the text accompanying the video clip read.

However, the extent of the partnership was a total monetary donation of $2000, and 100 glasses frames, according to the agreed facts.

“This is the sum total of the connection between the two organisations, that’s if you can call it a connection,” ACCC barrister Robert Yezerski said.

It also claimed on its website to be funding the studies of a Cambodian eye surgeon.

“It doesn’t stop there though, he needs better equipment in the clinics, more training for volunteers and more glasses …. we’re doing what we can to support him, and so are you.”

Defence barrister Victoria Brigdensaid Oscar Wylee did not deliberately set out to deceive consumers and its conduct did not result in direct financial loss for consumers.

“It’s one thing to say there wasn’t a compliance system in place … it’s another to tell the public that you’re doing good works, performing good deeds and appealing to the better nature of consumers, and tearing at the heartstrings of people,” she said.

She noted that agreement between the ACCC and Oscar Wylee had been reached “very late in the day”, about three weeks before the trial was due to start.

Mr Yezerski says the ACCC considers the retailer’s “virtue signalling” and misconduct extremely serious, and requested a penalty of $3.5 million.

Since January 2019 Oscar Wylee has donated more than 300,000 frames to charities, hospitals and prisons, and made a charitable donation of $80,000.

Justice Katzmann is yet to hand down her judgment.