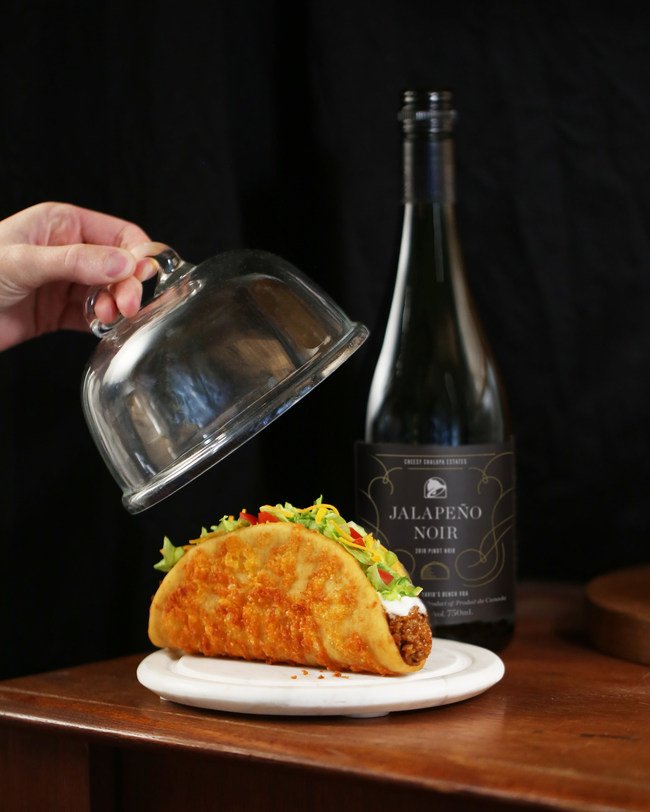 It’s been another weird week in retail. Restaurants served up some unique drinks, retailers began pushing out holiday Advent calendars and Louis Vuitton announced it will sell face shields.

For many, the time being cooped up in their houses has driven them to discover new hobbies. Fine-tuning some culinary skills, learning to knit or picking up that second (or third) glass of wine. No judgment here.

But luckily for that third group, some restaurants have been busy working to craft some unique drinks sure to help us get through the remainder of 2020.

Red Lobster this week announced it teamed up with PepsiCo to create one-of-a-kind cocktails, starting with the DEW Garita. That’s right, a margarita made using everyone’s favorite lime-green beverage.

Claimed to pair perfectly with Red Lobster’s Cheddar Bay Biscuits, the drink will roll out to select restaurants this month and nationwide by the end of 2020.

But the fun doesn’t stop there.

Taco Bell Canada this week began selling a limited-edition wine to go along with its Toasted Cheesy Chalupa, because why not?

The Jalapeño Noir wine was made by Ontario-based Queenston Mile Vineyard and will be available in select Canadian locations for 25 Canadian dollars.

“Wine and cheese are simply meant to be together, so launching a new wine to go with the craveable, cheddary Toasted Cheesy Chalupa made perfect sense,” Kat Garcia, director of brand marketing, said in a statement. “At Taco Bell Canada, we love to raise our glass to big, bold ideas that elevate our menu items, and pairing our Toasted Cheesy Chalupa with this Jalapeño Noir is no exception.”

While it may feel like time hasn’t moved since March and this year will never end, it is in fact September, which according to retailers, means the holidays are right around the corner.

If there were ever a time to kick off the holiday season a little early, this is the year. Retailers are stocking their shelves with all of the holiday treats we know and love, including a fan favorite: Advent calendars.

For those saltier individuals, Wayfair is selling the perfect popcorn-filled calendar. Behind the windows lie recipes, snacks and “fun surprises,” according to the product page. The tree-shaped product retails for just over $40 and is sure to provide exactly what you need as you stress eat your way through yet another holiday season.

And for the ones who require something a little stronger to cope with a holiday season that’s more unpredictable than ever, Aldi and Costco have got the goods. Aldi announced that it will soon bring back its popular Advent calendars, which include wine, beer, cheese, chocolate and hard seltzer. But fans better act fast when they hit the shelves. The popular products reportedly sold out immediately after their release back in 2018.

Some Costco members have also reportedly spotted the Flying Blue Imports wine Advent calendar in select stores. The “calendar,” which includes 24 half bottles of European wine, costs just under $100, according to Instagram user @costcobuys.

The LVMH-owned luxury brand will reportedly sell a face shield as part of its 2021 Cruise collection.

The product, which is set to be released in stores globally on Oct. 30, comes with an elastic band donning the iconic LV monogram as well as transition lens technology to adjust depending on the level of sunlight, according to Vanity Fair. The product also comes with golden studs — engraved with the Louis Vuitton logo of course — which allows the user to flip the shield upward and wear it as a peaked hat.

Considering the face coverings may be the hottest accessory of 2020, the move into the category isn’t that surprising. Designer Collina Strada began selling face masks made from deadstock materials for $100 and Off-White began selling some for $105.

However the price of Louis Vuitton’s, which the magazine pegs at $961, was unsurprisingly met with criticism.

Louis Vuitton got a $1000 face shield??? For that price it better also protect me from bullets and lasers

Many users took to social media to voice opinions over the high price tag, calling out the fact that there has been a shortage on PPE in recent months.

Im a Louis Vuitton girl. Love my bags. I’m saddened that with what’s going on in our world today that PPE has been a shortage and still is. It would be amazing if you released a face shield to the people on the front lines everyday risking there lives to save ours.

Louis Vuitton in April did, however, transform its Paris atelier to produce hospital gowns and face masks for healthcare workers shortly after designer Christian Siriano, notably, shifted business back in March to begin producing masks to be donated to medical professionals.