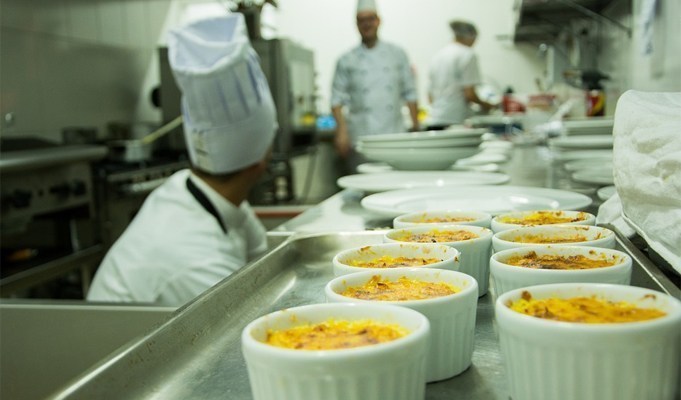 According to a PTI report: Experts at a conference organised by trade body PHDCCI noted that food processing is the fifth largest sector of the country’s economy and spoke about various challenges being faced by the employment intensive industry.

“The contribution of agriculture towards GDP is far low as compared to the number of people involved in it. Food processing is the fifth largest sector of the country’s economy and contributes 13 per cent to our annual GDP,” Anil Khaitan, Former President and Mentor MSME Mentoring and Guidance Centre, PHDCCI was quoted by PTI as saying.

The 127 agro-climate zones in the country provide a fertile ground for various plant-based edibles that cater to indigenous people and also global consumers, Khaitan said while participating in a virtual seminar on ‘Promoting Entrepreneurship and Investment in Food Processing Industry’ organised on Wednesday by the Uttar Pradesh Chapter of PHD Chamber of Commerce and Industry (PHDCCI).

Saurabh Sanyal, Secretary General, PHDCCI highlighted how the chamber was working with the government and non-governmental organisations to assist the food processing industries in mentoring, technological upgradation and financing.

The biggest challenges facing the sector include inability of entrepreneurs to access credit, high cost of institutional credit, lack of access to modern technologies, inability to integrate with the food supply chain and compliance with health and safety standards, Sanyal noted.

“The food processing industry in India is a sunrise sector changing the trend from sustenance to market-oriented that has gained prominence in recent years,” he was quoted by PTI as saying, adding that if entrepreneurship was promoted in this sector, investment would follow on its own.

Senior UP government officials spoke of the abundant availability of raw materials in the state providing unlimited opportunities in the food processing sector.

RK Singh, Joint Director, UP Department of Food Processing said various schemes and lucrative subsidies were available for attracting investment in the sector, the trade body said in a press note on Thursday.

He said under the UP Food Processing Industrial Policy, 2017, an investor in micro and small industry category can avail one hundred per cent reimbursement of interest subsidies within the tenure of 5 years with a maximum reimbursement of Rs 5 lakhs in a year.

B L Meena, Principal Secretary, Horticulture and Food Processing Department said UP has a tremendous potential in the food processing sector and added that the state government had a lot to offer to investors in this segment.

He said that Uttar Pradesh, apart from being the number one exporter of milk and meat products, had great opportunities in other food processing sectors like honey, mushroom and seasonal fruits.

Earlier, in his keynote address, Alok Sinha, UP Agriculture Production Commissioner said that in order to double the income of farmers in UP, it was imperative to ensure value addition to their agriculture produce and that will come only from boosting the food processing sector in the state, the press note added.