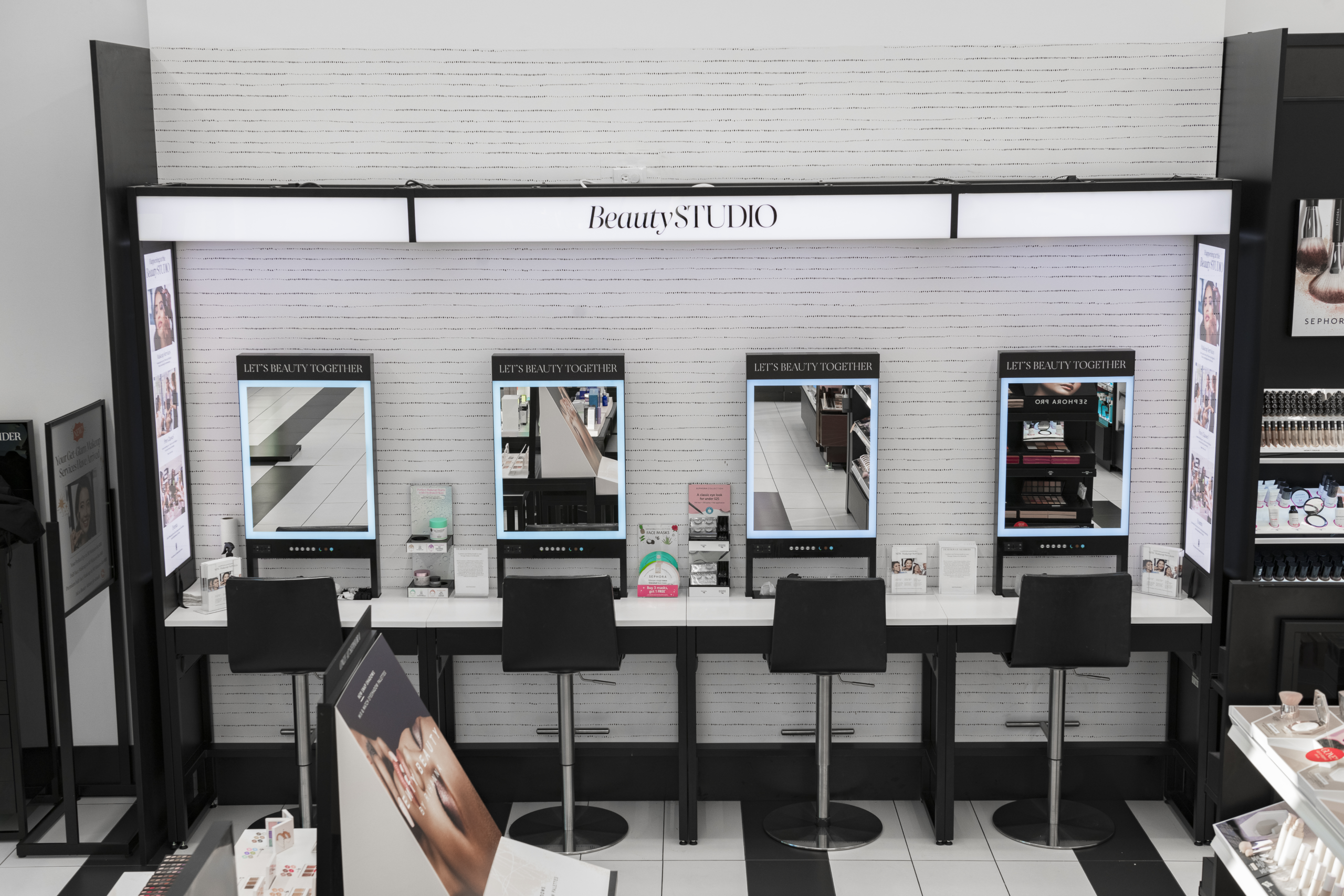 Everyone had big plans for 2020. This was the year of high expectations, where retail companies were strategically set to execute turnaround plans, or were zeroing in on their target audiences, or were energized to open new store concepts.

The pandemic temporarily shut things down and turned even the most prolific designs into dust. While the industry was, for the most part, paused, shoppers also suddenly had different priorities that centered on volatile work, family and social situations.

Here are five of the biggest retail decisions that were victims of bad timing. During another year these plans may have come together and been wildly successful. Or, they still possibly could have run into trouble because the foundation that they were built upon was, in reality, never that sturdy.

The ripple effects of these thwarted plans will be felt for some time.

Macy’s started the year with a fresh perspective. In February, the department store announced a new trajectory with a turnaround strategy. Dubbed “Polaris,” the retailer set out guidelines that would, in theory, lead it to its next stage of development as a corporation.

Its goals primarily centered on its physical locations, with the critical decision to shut 125 underperforming locations over the next three years. With that arrangement, the company knew that around 2,000 employees would lose their jobs as it reduced its “corporate and support function headcount” by 9%. The company also announced the closure of its headquarters in Cincinnati. The changes were expected to equate to nearly $1.5 billion in annual gross savings.

The Polaris vision also came with a supply chain overhaul, new merchandising strategy, and upgrades to the retailer’s e-commerce and loyalty program — all changes that were widely embraced by analysts at the time.

About five weeks later the U.S. started shutting down. On March 17, the retailer announced that it was temporarily closing stores to curb the spread of COVID-19. It kept e-commerce operations going, but like most other businesses dubbed nonessential during the time, had a serious financial setback with its major channel of sales being shut off. Stores were reopened by May 4, but damage had already been done. In June, the department store announced an out-of-court restructuring that slashed its workforce by nearly 4,000, with CEO Jeff Gennette stating, “We know that we will be a smaller company for the foreseeable future.”

In July, Macy’s reported that it had an over $4 billion operating loss, swinging from an operating income of $203 million in the year-ago quarter.

The announcement of Polaris would never have the opportunity to play itself out in the way the executive leadership intended. Macy’s had a strong balance sheet prior to the pandemic but has lost much of its financial cushion since March.

The rollout strategy may have worked in the long run, even as the retailer anticipated a smaller store footprint. But, the department store is navigating being in mall spaces in the midst of a pandemic and feeling the impact of leaning heavily on apparel — a category that is struggling as people change shopping habits around clothing.

Sephora started 2020 by announcing its largest North American expansion to date, with the company set to open 100 stores across the region this year. The beauty retailer was looking to off-mall locations in its growth spurt, with an emphasis on smaller square footage of its new locations. Then the retailer was categorized as nonessential in the spring in an effort to keep COVID-19 from spreading.

On March 31, Sephora announced that it “made the difficult decision to let go a portion of our part-time and seasonal store employee base,” with news outlets estimating more than 3,000 U.S. workers were affected.

By July the company announced that it was cutting 7% of its full-time corporate workforce as part of a larger restructuring process. The corporate structure revamp had been underway for a year, with the pandemic accelerating the process.

“No retail executive could have predicted a pandemic would sweep the world and wipe their plans to bolster their brick-and-mortar presence like it did,” said Gregory Ng, CEO at Brooks Bell, regarding Sephora. “I feel for their leadership, who was faced with many hard decisions, such as the need to consolidate headcount, in the aftermath of the national shutdown this past spring. I expect many retailers will use this time in history as a reference point before they make any major business decision, like physical expansion, moving forward.”

At the end of June, Gap revealed that it was collaborating with artist Kanye West on a “Yeezy Gap” apparel line for men, women and kids.  The company said at the time that it intends the tie-up to be a “robust creative partnership with multi-season product development.”

The partnership was a surprise, after Gap previously announced a collab with designer Telfar Clemens, which they quickly backed out of. A spokesperson told Retail Dive that even though the plans weren’t going forward that the company has “only respect and appreciation for Telfar’s time and vision.”

A little over a week after the announcement of the Yeezy Gap line, West posted on Twitter that he was running for president. Then the Small Business Administration released details that Yeezy received a loan under the Paycheck Protection Program of between $2 million and $5 million. By the end of September, West said that he would withhold his Gap line if he wasn’t granted a board seat. Bloomberg reported that it is not apparent if West has intended to delay the line, which is already in the design phase.

In the meantime, the retailer is streamlining operations and closing a net total of 225 stores this year, including its San Francisco flagship. Second quarter net sales fell 18% year over year, with sales at its namesake dropping 28%. Even as the company sold approximately $130 million worth of face masks during the same quarter, there are already questions as to what happens when the demand for masks starts to wither as companies have used it as a means to leverage lost revenues. This means Gap needs a win, especially in apparel.

Although sections launched in the fall of 2019, the grand opening of American Dream in New Jersey was set for spring 2020 — exactly when COVID-19 hit the U.S. The mall, which is over 3 million square feet, was originally set to have more entertainment areas than retail, with an intent to house more than 100 restaurants and 450 stores alongside a wave pool and theme park.

But the pandemic wasn’t the first bump in the road for the retailtainment complex, which had about 16 years of financial and legal problems leading up to its opening. Some of its original tenants had to pull out of their leases before filing for bankruptcy, including Lord & Taylor, Barneys New York, Forever 21, GNC and CMX Cinemas. Mall owner Triple Five Group also revealed that the mix of tenants would be different than its original plan, with only 30% of its space now reserved for retail.

By mid-summer news reports stated that the mall missed multiple mortgage payments. Triple Five leveraged the Mall of America in Minnesota in order to finance American Dream, putting both shopping complexes in a compromised position.

After having to pause temporarily, the space is set to open on Oct. 1. The complex has released a comprehensive health and safety plan, dubbed #dreamsafe, to reassure the public that it is taking active measures to ensure a safe mall experience.

Hudson Yards opened in Manhattan in the spring of 2019 to much fanfare. Almost exactly a year later, the new shopping center had to temporarily close due to the onset of COVID-19 in the United States. The 720,000-square-foot complex envisioned a constant stream of foot traffic not only due to New Yorkers and tourists, which were suddenly non-existent due to stay-at-home orders and travel restrictions, but to the 40,000 to 75,000 estimated workers that would occupy designated office space.

Then Hudson Yards had another complication. Many of its tenants started running into financial problems, most notably its anchor tenant Neiman Marcus, which filed for bankruptcy in May. By the spring, 75% of Hudson Yards retailers reportedly stopped paying rent. Then, in July, Neiman Marcus said it would not reopen its store in the complex.

What started out as a ritzy, up-and-coming example of the next iteration of retail was barely able to get off the ground before it took a serious financial hit. And that hit is still playing out. “All in all, Hudson Yards might still end up being successful — and the entertainment options and tenants will make it a draw for customers when foot traffic begins to normalize — but the timing of the project was unfortunate with the pandemic,” said Carlos Castelán, managing director of The Navio Group.