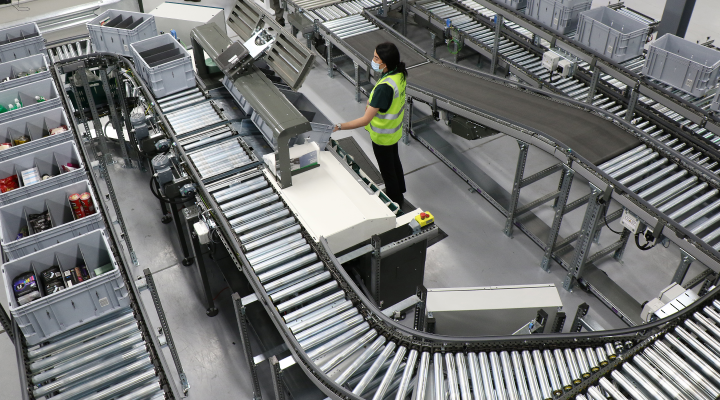 Woolworths has launched a purpose built fulfilment centre off the back of its Carrum Downs supermarket in Melbourne, which will allow thousands of online orders to be delivered to customers each week – including on a same day basis.

The 2,400 sqm space uses micro-automation technology to sort through up to 10,000 of the most in-demand grocery items and deliver them to team members’ hands, allowing faster and easier picking of online grocery orders.

“The continued growth in online grocery gives us an opportunity to reimagine what the future of stores will look like,” Woolworths chief executive Brad Banducci said.

“As customer expectations continue to rise, we’re investing in new technology to keep pace with the growth and focusing on building an ever more convenient online offer.”

According to Banducci, the micro-fulfilment tech in the eStore could potentially be a game changer for online delivery.

“Importantly, the eStore layout also helps reduce congestion in the aisles for our in-store customers, as our personal shoppers pick most items in the back of house,” Banducci said.

Due to the difficult lockdown conditions in Victoria, online grocery orders have more than doubled in the state during 2020.

Woolworths said two similar eStores will be launched in Auckland and Christchurch, New Zealand, and a second eStore will launch in Australia in early 2021.

As reported in earlier this year, the technology is part of a partnership with Takeoff Technologies. Takeoff CEO José V. Aguerrevere said the business is excited about the launch, and is thrilled to be working with Woolworths at a time when online grocery is beginning to take off.