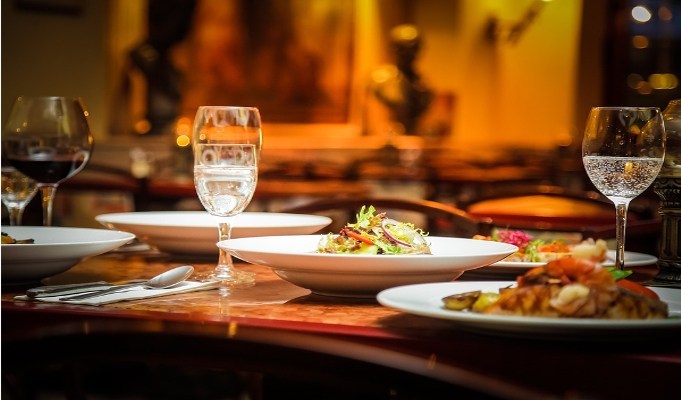 In a major relief to city restaurants during the COVID-19 pandemic, the Delhi government on Wednesday said that these establishments will be allowed to operate round-the-clock and requirement of tourism licenses will also be removed.

The government also announced other measures such as initiating a process to abolish police licenses and health trade licenses from local bodies for restaurants to end ‘permit raj’ in the industry, according to a statement.

According to a PTI report: The decisions were taken at a meeting chaired by Chief Minister Arvind Kejriwal and it was attended by restaurant owners.

The Delhi government said such steps will help the industry generate more employment through higher demand. This will set an example of the ‘Delhi Model’ of ease of doing business, it said.

“On the request of restaurateurs to allow 24×7 business, it was agreed that restaurants will be allowed to operate at all hours subject to the condition that they submit an undertaking that they will take care of the health and security of their entire staff,” the statement said.

Kejriwal also directed that health trade licenses issued by municipal corporations to restaurants should be abolished within 10 days, it said.

In the meeting, the excise department agreed to review the existing policy of a 10 percent automatic increase in the license fees every year.

Deputy Chief Minister Manish Sisodia, who also attended the meeting, directed that steps be taken for restaurants to pay taxes by March 31 from the existing deadline of February 28, and for them to make quarterly license fee payments without interest, the statement said.

The meeting was attended by National Restaurant Association of India (NRAI) members and ministers and senior officers.

In the meeting, decisions were taken for the economic revival of the hospitality industry here.

“Delhi’s restaurants are the pride of Delhi and provide employment to lakhs of people. I have directed all respective departments to remove unnecessary hassles in the smooth running of restaurants,” Kejriwal was quoted by PTI as saying.

The NRAI gave a detailed presentation for relief and ease of regulations and on ‘permit raj’ constraining the restaurant industry’s growth in Delhi.

The meeting decided to implement measures to ensure introduction of licensing reforms in the restaurant industry.

Riyaaz Amlani, Restaurateur and NRAI member, said, “Restaurants are key for employment generation in the city with lakhs of people employed in this industry. It is currently one of the most over-regulated industries, that requires multiple NOCs and duplication of licenses.”

By deregulating the industry, more restaurants will open up and this will generate more employment and help the tourism industry, he said.

CM Kejriwal directed that health trade licenses, which are issued by municipal corporations to restaurants, should be abolished within 10 days.

Restaurateurs had earlier said the FSSAI, a body operating under the Centre, already issues food and safety hygiene licenses. Issuing of health trade licenses by local bodies duplicates the task and is irrelevant, they said.

The NRAI delegation requested that police licenses be abolished as restaurants are a part of the retail sector and no other retail establishment is required to obtain a police license.

The chief minister assured that a decision to provide relief to restaurants from police licenses will be taken soon after discussions with stakeholders, the statement said.

It said a decision was taken to completely do away with licenses from the tourism industry to open or run a restaurant.

“It was decided that other relevant suggestions related to amendments in excise regulations will be considered to be included in a new policy currently under preparation, permitting extension of the operating timings of the restaurants on the weekends till 3 am,” the statement said.

Decisions were also taken in the meeting to immediately amend archaic excise rules to permit service in open areas, balconies, verandahs without any additional fee; permit additional dispensing counters in premises without any additional fees; permit branding within premises; permit licenses for all types of music, including DJs, live bands and karaoke; and abolish requirement of a designated liquor store and to allow the stock to be kept anywhere in premises.

On the request of simplifying fire norms for restaurants situated in old and heritage sites such as Connaught Place, Khan Market, it was decided that a technical committee would be constituted which in 10 days will examine ways to enhance fire safety in such locations, without the need to make structural changes to the existing restaurants.

Based on the recommendations of the committee, the chief minister will decide on the application of uniform fire safety norms in Delhi, the statement said.

The Central Pollution Control Board (CPCB) had however issued recent guidelines requiring the installation of ETP for restaurants consisting more than 36 seats.

“Given the extreme space constraints in and around many small restaurants, it was agreed at the meeting that DPCC will write to the CPCB with a request to revert back to the earlier decision by DPCC exempting the requirement for a dedicated ETP for restaurants below 100 seating capacity,” the statement said.

It was decided that the DPCC will issue a clarification to the municipal corporations on permissibility of wood charcoal in grills and tandoors and to ensure that “harassment” of restauranteurs be stopped on this front, it said.

After discussion with officials from the Weights and Measures department, it was decided that the restaurants will be exempted stamping and verification of weighing scales, the statement said.