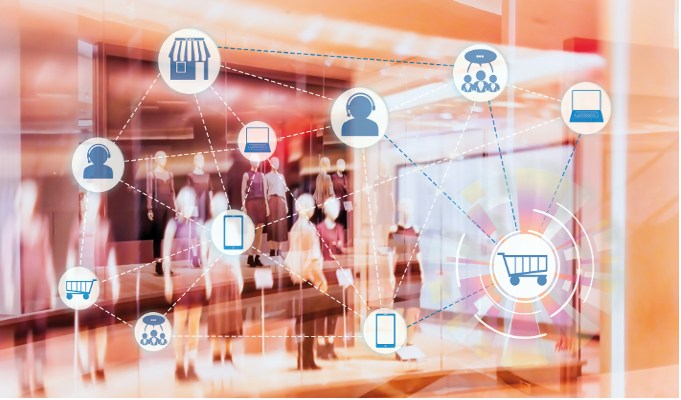 2020 has delivered a VUCA disruption like never before. As the pandemic overhauled the rules of traditional retail, consumer facing businesses across the globe were subjected to a jaw-clenching ride to just stay afloat.

The inaugural session of Phygital Retail Convention – Live On Your Screen, discussed how the future of retail will be dictated by convergence of all channels and emergence of a truly new multichannel retail.

The pandemic has had massive impact on consumer behavior. Although the nationwide lockdown has been relaxed, consumer sentiment remains cautious and they still hesitate to go out to shop. “Although people are coming back to malls, footfall is still lower than pre-COVID times. What we have also seen is that ticket sales & purchase value were much higher, probably because consumers do not wish to frequent public spaces. With the festive season around the corner, people are upgrading their homes and brands such as Reliance and Croma have seen huge demand,” says Arjun Sharma.

Taking about the rise of digitization, Sharma added that nothing can replicate the shopping experience and authenticity of purchase that offline retail has to offer and hence, he strongly believes that the future of retail lies on seamless integration of both online and offline channels.

Amazon has witnessed a surge in seller registration by 80 percent since February, the last pre-COVID month. “This is all about adding one more channel to serve your customers. End of the day there will be customers for both channels. But there has definitely been a shift in the Indian consumer’s preference towards online channel. The changes that the pandemic has entailed like working from home, a greater focus on safety and wellness, etc., are expected to continue even post the pandemic or after a vaccine has been successfully discovered. And this will further bolster consumers’ propensity towards online shopping,” states Tiwary.

Amazon has seen a huge new base of consumers in the last few months with about 65 percent-70 percent of consumers from smaller towns, and the spike in demand continuing for newer categories like health & wellness, healthy food options, etc.

Reliance Digital has experienced strong rebound since stores re-opened. “As we re-opened stores they opened up well above 100 percent productivity immediately. A lot of that was because of the ‘New Normal’– we seen immense demand for laptops, speakers, headphones and other stuff that you would need to work from home. We thought of this as an initial rush but what we have seen from May till now is that we have been selling as much as 50 percent-60 percent above last year’s numbers,” said Bade.

Reliance Digital has also registered an uptick in demand for domestic appliances like TVs, washing machines, mixer grinders, etc. Moreover, the company has also expected a shift from stores to online after it launched went Omnichannel post the pandemic, but store sales continue to be strong.

The COVID-19 pandemic has catapulted the rate of technology adoption throughout the world. While technology was an enabler, it graduated to become a necessity for both retailers and consumers after the pandemic. “We started our technology journey about 5 years ago with core focus on people, software and hardware. And this is one of the main reasons why we were able to cater to the abrupt surge in demand after the pandemic hit. As a groceries and general merchandise retailer, it was essential services, and we were in the front line. People were panic buying, and it was technology that helped us cater to the demand seamlessly,” states Vidya Laxman.

Tesco’s online business grew from 9 percent to 16 percent after the pandemic hit and the company leveraged heavily on technology. According to data available, 85.6 percent of consumers moved to online for grocery needs in the UK. Out of this, 47 percent of consumers have confessed that they will continue buying grocery online even after the pandemic. “Our footfalls are yet to come back to normal but what we have noticed is that that average basket size has gone up,” she adds.

Leadership Challenges During the Pandemic

According to Laxman, the pandemic gave leaders a change to think out of the box and test their mettle. At the same time, the pandemic also brought leadership under massive scrutiny. “When it began, it was it wasn’t like anything that we have ever dealt with. The first big message that we gave out to our employees is that your jobs are safe. It was a big thing because it calmed everybody and motivated them to work towards the business. We also utilize the time to rethink and re-tool ourselves and make ourselves future proof,” says Sharma.

“For us, we understood that we need to set up a new system of communication in-house so as to ensure that everybody felt part of the team. Secondly, we focused on positivity to boost employee morale which helped us work as a team to figured out the next step in every level,” says Bade.

While e-commerce is catching up momentum in India, it still is a very small part of the overall pie. “And there a lot to be done, honestly. In the US Amazon is trying to converge formats, like, bookstores and stores that focus on the best rated products in Amazon. But then their industry evolution is at a very different level. It will definitely happen in India as well but as of now, our focus is to get as many people to both buy and sell online,” states Tiwary.

Pointing out the concerns of digitizing physical places Sharma said, “recently we were approached by a very large e-commerce platform who wanted to digitize the shopping mall. My own insecurity was the data — who’s going to reside with that data? It’s concerning as we still don’t have proper data protection laws in India. At the same time, I would like to add that there definitely would be digitization, but it will be in terms of digitalizing processes.”

The Future of Organizations

Digitization has already influenced both human lives and businesses. But for businesses to be successful in the digital space they have to be digitally native.

“The industry of the future will be heavily inclined towards skill sets, which means that you will have to constantly keep learning and evolving. This entire pandemic triggered bedlam is a golden opportunity for our industry to join and learn from the digital space and then bring it back to the physical space,” says Tiwary.

Amazon philosophy is to use human judgement where machines fail. “For example, we do not touch placement algorithms at all. Because if you are buying 230 million items there is no way you can touch it. So basically, the entire paths of vendor and supply chain management is run by machines. There is also a bit of judgement involved which comes in with machine learning. It’s like depending on which pin code you are and what you order, we can sort of create a machine learning algorithm to say will this parcel get accepted or rejected,” says Tiwary with a nod to the fact that in the years to come, automation will indeed play a better role.

But, he also adds that, there will always be jobs which machines can never do — everything that has to do with human beings’ motivation, getting judgement when there is no data, etc. “So like I said there will be constant evolution and upgradation of human skill sets. E.g., our financial analysts have now moved on to become Data Engineers, because the standard queries are done by machines. The future of every industry is evolution and constant upscaling, this is what I have to believe” says Tiwari.

In the time to come, the retail industry will witness a conversion of channels, complementing each other, so as to seamlessly offer consumers a better experience and journey. “There won’t be any ‘winner takes it all’ philosophy, in the future the winner will take everyone with him. Also, digitization will take a new speed after 5G or 6G technology standards come,” says Sharma.

While the coronavirus pandemic, has upended businesses and disrupted human lives it also has accelerated innovation and resilience, and this is something that is expected to continue in the times to come.