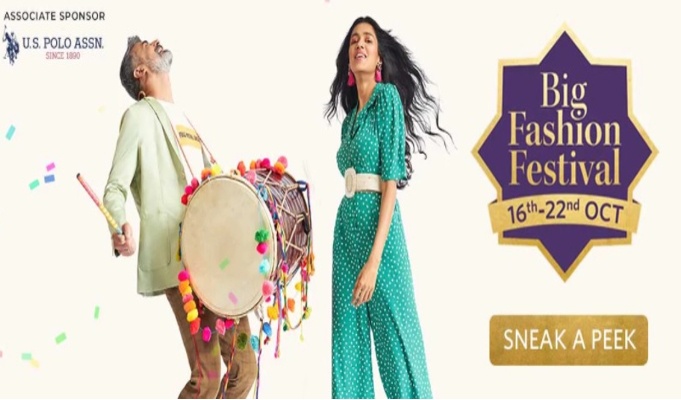 The biggest fashion shopping event of the festive season, Myntra’s ‘Big Fashion Festival, has registered an overwhelming opening response from shoppers across the country.

About 2 million people eagerly awaited the opening at the wee hours on October 16, recording the highest ever orders at opening during the mega festive event.

Traffic to the platform grew by 100 percent over last year, for Day 1 of the event and was well catered to, with augmented resources and technology.

Speaking on the occasion, Amar Nagaram, CEO, Myntra, said, “Our ‘Big Fashion Festival’ has had a fantastic start, with customers shopping for 1.2 million products in the first 12 hours, making it the biggest festive event at Myntra to date. We feel elated with the phenomenal opening response with over 2 lakh new customers participating in the Big Fashion Festival so far.

“This underscores the level of trust shoppers are placing on our platform for the most immersive, convenient and safe shopping experience during this festive season. Shoppers in Tier II and III cities and towns are likely to outdo their counterparts in big cities, in terms of shopping for fashion, this festive season.”

The key highlights of Day 1 were 5 million app downloads during the pre-buzz period and highest-ever concurrent app users at 6.4 lakh/ minute at midnight event launch.

As many as 6 million customers shortlisted 30 million products during the pre-buzz. The ethnic wear category dominated with over 100 percent growth on Day 1 of the event over last year.

Fifty per cent of the shoppers were from tier II and III cities of which 40 percent were women customers. The top categories were women’s ethnic and western wear and men’s jeans and streetwear.

Top tier 2 cities leading on the first day of the Big Fashion Festival were Guwahati, Bhubaneswar, Dehradun and Jammu, while Imphal, Aizawl and Panchkula were leading tier III cities.

The top women brands were Libas, Vishudh and H&M and for men they were Roadster, Highlander and Puma.

A quick analysis of the products ordered on the opening day of the Big Fashion Festival indicates that a majority of shoppers were keen to get their hands on Libas Lime Green & Blue Printed Kurta with Palazzos. A significant portion of consumers shopped based on seasonality with a number of purchases made keeping in mind the winter months at the end of the year.

Anouk, Libas and AKS kurtas and Maybelline lipstick have been the favourite of women while HRX t-shirt, Highlander grey jacket, Boat earphones are popular among men.

As anticipated, there is a clear indication of customers laying emphasis on ‘above the waist’ looks and work from home wear, with most people shopping and preparing themselves for virtual social and professional events.