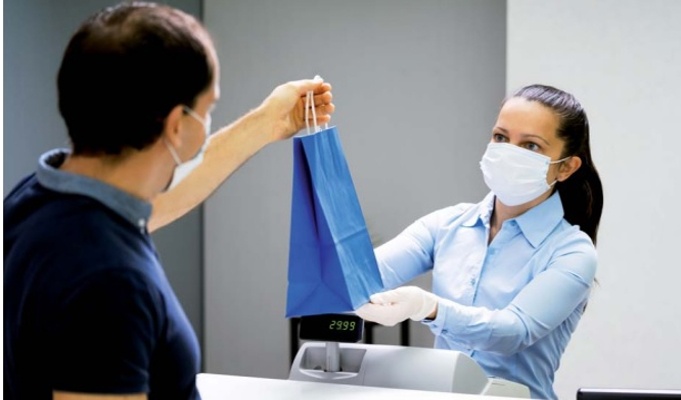 India’s rapid urbanisation coupled with business friendly reforms and improving Ease of Doing Business (EoDB) created a strong momentum of growth in the country. While the country
continues to deal with unequal growth in urban and rural areas, the overall increase in spending power and rising aspirations of its large middle-class population spurred a retail revolution in last few years. The Indian economy had ably weathered the storm of the global financial crisis in 2008 and had set a growth path to attain over 8 percent GDP growth in Q4 2017-18.

Today, with the pandemic gripping the entire world, IMF estimates the world economy to contract by 4.9 percent. While India is no exception, the downside seems to be lesser compared to larger developed economies. This can be substantiated with the large consumption base of the Indian economy. India’s Final Consumption Expenditure was at 72.3 percent of GDP in 2019-20 which is capable to aid the Indian economy to bounce back faster than other nations and lead to the revival of the retail industry. It is anticipated that the retail industry in India will witness a U-shaped recovery from this crisis.

India’s retail industry ranks 4th in the world in terms of size, which accounts for 10 percent of the India’s GDP and contributes 8 percent to the overall employment in the country. The market size of the industry was approximately US$ 0.79 trillion in 2017 and estimated to reach US$ 1.75 trillion by 2026, growing at a CAGR of 9-11 percent. However, nearly 88 percent of the market is still unorganised while remaining 12 percent comprises of both organised and e-commerce.

Back in 2017, e-commerce accounted for mere 3 percent share of overall retail industry, which is expected to be 7 percent by 2021. It is estimated to cross US$ 200 billion mark by 2027 compared to US$ 24 billion in 2017. The share of organised retail and e-commerce are expected to rise exponentially amid fear of contagion. Rising consumption, rapid urbanisation, digitisation, and Internet penetration are the major reasons behind the growth of retail industry in India.

The nationwide lockdown to contain the COVID-19 temporarily closed the malls and retail stores across the country. This severely impacted sales and revenues of retailers and mall owners. After 76 days of lockdown, malls reopened on 8th June 2020. Since then footfalls are limited in the malls but sales have started, resulting in high conversion ratio. As per a RAI survey, few categories such as food and grocery, consumer durables and furniture are showing signs of recovery. The food and grocery business is expected to revive faster as compared to other categories.

The use of in-store technology is expected to increase and provide contactless and safe shopping experience to customers. Sanitisation and hygiene are going to be of utmost priority for retailers and mall owners. Additionally, the mid-year sale period is expected to extend. These steps are expected to revive consumer demand – especially for essentials – and help generate revenue for retailers.

Currently, consumer sentiments are low amidst COVID-19, job losses and adjustments in compensation. The retailers and mall owners need to take measured steps to revive the sentiments. On the other hand, e-commerce is performing relatively better as the fear of contagion is less in home-delivery of goods and services.

This article was first published in ANAROCK report, ‘Indian Retail: Certainty Despite Headwinds.’