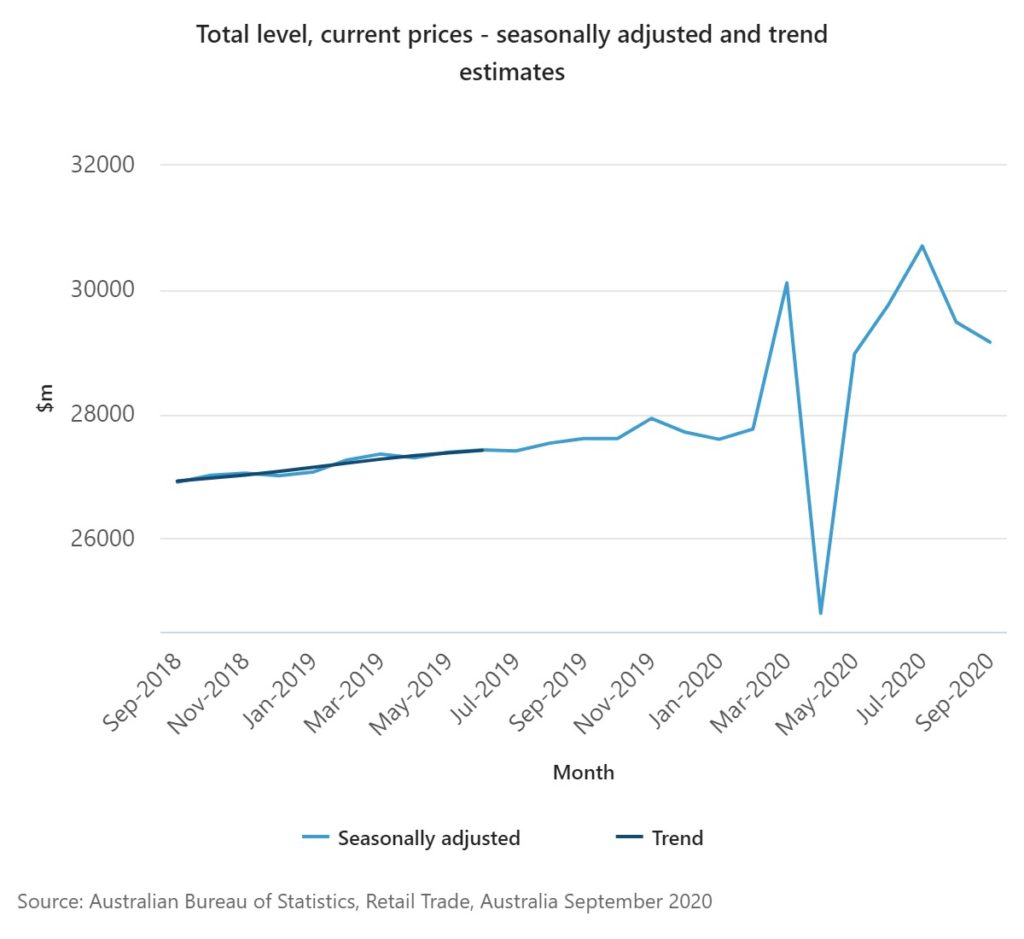 Retail sales fell 1.1 per cent in September to $29 billion according to the Australian Bureau of Statistics, updated from preliminary results released last month, following a 4 per cent fall in August.

ABS director of quarterly economy wide surveys Ben James said the fall was caused largely by decreases in household goods spending of 3.6 per cent and food retailing of 1.5 per cent.

Cafes, restaurants and takeaway food spending rose 3.5 per cent, and department stores grew 1 per cent. And, online spending continued trading at its elevated state within the retail industry, making up 10.6 per cent of total sales compared to the 6.6 per cent seen in September 2019.

While the result can be seen as retail taking a hit due to Covid-19, it’s important to note that turnover is up 5.6 per cent on the disasterous September 2019, which saw bushfires ravage the country and consumer confidence.

Last month, Australian Retailers’ Association chief executive Paul Zahra said that the preliminary figures, which predicted a 1.5 per cent decrease during the month, could be interpreted with optimism heading into the holiday period.

“It’s beginning to look a lot like Christmas, but it may not be the typical Christmas that we’re all used to.”