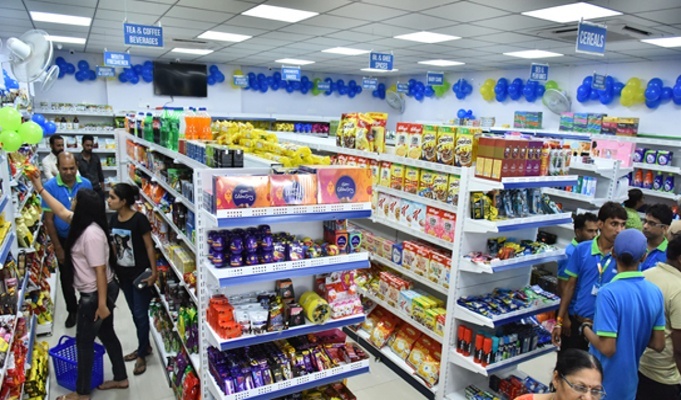 Kirana King started its Retail Aggregation Operations in 2017 and has a Grocery Retail Network of more than 200 stores in Jaipur, Rajasthan. Within a span of 3 years, Kirana King has widened its network to 200 plus stores in Jaipur alone which is probably the highest number of stores under a single brand in a city wise store penetration in Grocery Retail Market in India. Kirana King now aims to expand its operations in various parts of Rajasthan where it targets of achieving 1000 stores by the end of 2021. The company is slated to be a powerful grocery retail aggregator player in India by 2025. Kirana King is aiming to achieve 4 times revenue growth during the ongoing financial year in comparison to the last year.

Kirana King provides a gamut of services to conventional kirana stores through its dynamo of RaaS (Retail As a Service) which is a very unique combination of store transformation, enhanced and convenient store layouts, supply chain and marketing of these store among consumers to drive more footfalls, digital solutions, e-commerce stack, and training & development of kirana eco-system to empower the most important person in the entire value chain of grocery retail in India – The Kirana Store Owner. RaaS model impacts the core journey touchpoints of grocery consumers when they shop at their local neighbourhood stores and they soon realize the massive changes in operations and convenience at these stores which are the foremost drivers in this format and something which was missing from the Indian grocery retail ecosystem all this while. This also further proves the receptivity of their concept and the buy-in of the conventional store owners of their operating philosophy.

Anup Kumar, Founder & CEO of Kirana King states, “We defined the Problem Statement at the brainstorming level of our idea of Kirana King in two words – empowerment and change, as most of the dynamic and revolutionary products or services across the globe have been driven either through empowerment or change, we went into detail study of the missing links that had been acting as severe bottlenecks in grocery retail eco-system in India. Our thoughts were trying to break into the reasons of a very slow pace growth of grocery retail in India while the other emerging economies around us like in the Middle East or South-East Asia Region had been witnessing a surge in convenience store format.”

“Our research concluded that requisite empowerment to the conventional Kirana stores was just not enough, the entire value chain of Kirana retail is fragmented to a large extent with services in bits and pieces leading to the resistance for the change as well, although it seems to be a behavioural aspect but when I went to the various part of India and visited thousands of Kirana stores myself. One thing was crystal clear to me – there is no problem when it comes to the resources available to the Kirana stores but there was a lack of comprehension platform which can act as Single window service to this massive sector of grocery retail. We need to psychologically align our beliefs with that of the kirana store owners,” he further added.

Anup Kumar has witnessed and seen the grocery retail revolutions from close quarters in the Middle East and South-East Asia as an Entrepreneur said, “Once Kirana King started with its retail as a service-based interventions, the resistance levels of Kirana store owners went down and the brand witnessed queries from store owners from the far-flung corners of India who wish to join the network of brand Kirana King. Kirana King seeks to use the recently raised funds to expand its retail network, manpower, enhancement and development of technology.”

Gaurav Chowdhry, VP at RVCF said, “India has been witnessing substantial changes and developments in the field of Kirana or grocery retail. There are not only certain large corporate houses eyeing the space but also the emergence of few strong regional players like Kirana King who are backed with huge on the ground experience, the advantage of technology, evolved business process very specific to Kirana retailing, the alignment of their thought process with the neighbourhood Kirana store owners and creating value for all the stakeholders involved in grocery retail ecosystem. For an early-stage investor like us, Kirana King looks very promising with its Retail as a Service (RaaS) USP. We are very excited to join Kirana King at this stage of their massive expansion.”