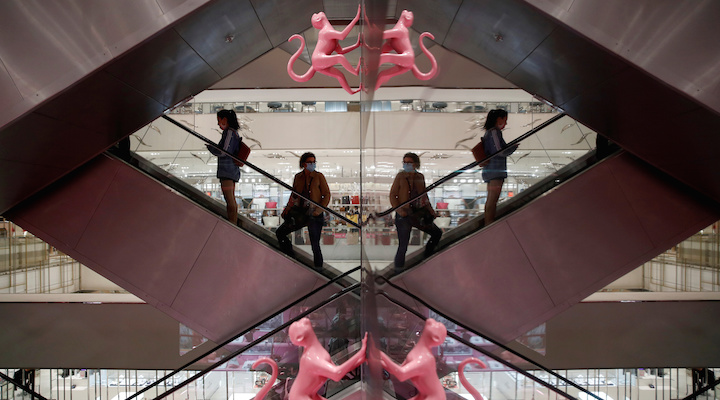 French department store chain Printemps, a magnet for foreign shoppers seeking high-end goods in Paris, will close some of its operations in France as it struggles to cope with the coronavirus pandemic, the CGT union said.

Retailers have been hit hard by government-enforced lockdowns to curb the virus and those that depend on tourist flows have struggled to recover because international travel remains limited.

Printemps, which sells make-up and clothes for high-end brands like Burberry and Gucci, and is owned by Qatari investors, is particularly exposed to tourist flows, especially at its Paris Haussmann flagship store.

Four of the group’s 19 department stores under the “Printemps” banner will be shut down, including one in the northern city of Le Havre and in Strasbourg in the east of the country, according to the company’s discussions with unions, the CGT said.

One of the Printemps’ offshoots in a Paris mall has also been earmarked for closure, and three of the broader group’s sportswear Citadium stores will close.

Some 450 jobs, or roughly 15 per cent of all Printemps employees, are now at risk, the CGT said, including shop assistants and staff at the company’s headquarters.

Printemps could not immediately be reached for comment. Le Monde newspaper quoted a spokeswoman who said the measures were aimed at stemming operational losses.

Many French retailers were already struggling before the pandemic hit, due to transport strikes earlier this year that hit footfall in stores, and a wave of anti-government protests last year that forced them to close on some weekends.

They are also facing increased competition from online rivals.

Luxury brands have managed to offset some of the pain through their store networks overseas, including in China, where demand for high-end goods remains strong.

Printemps, founded in 1865, is one of the oldest department stores in France along with Le Bon Marche.