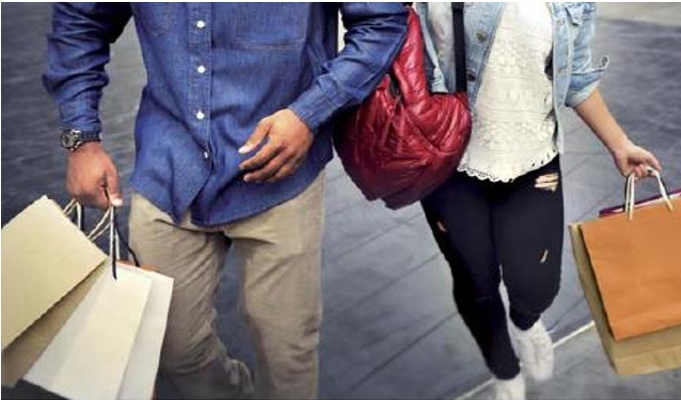 A new report titled ‘Multichannel Retail and COVID-19′ by leading data and analytics company, GlobalData,  (download: https://bit.ly/mcretail2) finds that shopping habits in the US and Europe shifted dramatically because of disruption caused by the pandemic, driving rapid adoption and growth in buy online, pick up in-store services.

However, the findings reveal that transactions made through online channels (desktop and mobile point of transaction) did not exceed 30 percent of total retail sales at the peak of lockdown in any country covered by the study – and many of those sales were supported by physical stores, with “click and collect” retail sales soaring. The report also explores how buying behavior has evolved since lockdowns have ended and reveals that the sales penetration of the online channel is falling as consumers return to stores and make greater use of fast-growing multichannel services.

Neil Saunders, GlobalData’s lead retail analyst, commented: “Despite claims that the growth of online shopping is leading to a ‘retail apocalypse,’ the reality is that many retailers across all sectors are thriving because they are innovating with multichannel to provide a convenient shopping experience for consumers. A very significant proportion of sales that are attributed to the online channel are, in fact, multichannel sales that rely on both stores and online for success. On average, one third of “online” non-food purchases – where a customer actually transacts online – are in fact reliant on physical stores for product selection, pick up, or return.”

Saunders said the report also dispels the notion that retail can be neatly divided between online and offline shopping channels, but that consumers shop simultaneously across channels and see them as substitutable.

“The concept of separate channels has always been somewhat meaningless, but the pandemic is making it even more so. For any given purchase, shoppers are increasingly using a mix of channels and are swapping between them based on their needs. In the United States, for example, US stores are now supporting a greater proportion of online channel sales than they were at the start of the pandemic – mostly because retailers have quickly introduced things like curbside collection – leading to soaring online growth at big box retailers,” said Saunders.

Across all countries a majority of shoppers say they will make greater use of multichannel services even as things return to normal. Meanwhile, a majority of retail executives are planning to invest more in the multichannel parts of their business such as curbside collection and fulfilment from stores.

“The idea that there is a battle between online and physical retail is outdated. There is only one retail battlefield and the fight is between all the players on it – and those that have strong multichannel options with both an established store network and online presence now have the advantage,” said Saunders.

Key findings from the report:

“The lesson from this report is that even as we emerge from the pandemic, retailers of all stripes are succeeding by innovating to provide the experience customers demand in terms of convenience, including multichannel options.  This trend further confirms that retail customers do not distinguish between online and offline options.  Retailers may plan in terms of channels, but channels should be invisible to the shopper who seamlessly move between them for browsing, product research, point of transaction, receiving the product and returns or aftercare,” Saunders said.

The report, which was supported by Amazon, can be downloaded for free from GlobalData (https://bit.ly/mcretail2). The findings and analysis are solely product of GlobalData.

GlobalData’s: “Multichannel Retail and Covid-19” report findings are drawn from GlobalData’s consumer panel, which has tracked the shopping behaviors and buying habits of over 82,500 consumers since the pandemic started. GlobalData also drew on detailed data provided to it by individual retailers, as well as interviews with retail executives. An exhaustive review and analysis of existing reports on the consumer spending habits in the broader retail industry was also conducted.