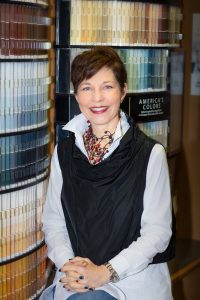 Independent hardware store owner Gina Schaefer attended a meeting on antitrust issues at the White House this week as a representative for brick-and-mortar businesses. The meetings addressed the challenges entrepreneurs, brick-and-mortar retailers and other businesses face competing against tech giants.

The meeting comes as part of President Joe Biden’s economic agenda. In July, President Biden issued an executive order regarding promoting competition in the American economy and specifically the tech sector and the administration has been meeting with large and small companies to learn about their challenges and opportunities.

Schaefer was able to share her perspective as an independent business owner of A Few Cool Hardware Stores, which includes 13 Ace Hardware stores in Baltimore, Maryland, and Washington, D.C. She and other attendees explained the challenges their businesses encounter operating through third-party platforms to reach large numbers of customers.

“I was proud to represent a more brick-and-mortar side of business and had a unique perspective to offer,” Schaefer says.

On Thursday, the Senate Judiciary Committee voted 16-6 on a bipartisan basis to advance a significant tech competition bill that would address many of the concerns presented at Wednesday’s meeting. If passed, the American Innovation and Choice Online Act will have major implications for companies such as Amazon, Apple and Google.

“In order for businesses to thrive, antitrust legislation has to be passed in order to protect us all,” Schaefer says. “I will be paying close attention as the proposed bill moves through mark-up.”

Small Business Rising has been instrumental in breaking up monopoly power to safeguard the right of small businesses to compete and serve the needs of their communities. The organization issued a statement on the latest legislation:

“We applaud the committee for voting to send this crucial legislation to the full Senate, and we commend Senators Klobuchar and Grassley, and their bipartisan coalition of co-sponsors, for introducing this bill and fighting for it. We believe this legislation, aimed at eliminating the dangerous self-preferencing and discrimination of the Big Tech monopolies, is a critical first step in reining in their outsized power.”